Where are the Azores?

When I told people that I would be going to the Azores for two weeks in September, I got asked “Where are the Azores?” so many times that I gave up and started saying that I was going to Portugal. While it is the truth, it doesn’t really tell the whole story.

So where are the Azores? They are a chain of nine volcanic islands located smack in the middle of the North Atlantic at the intersection of three tectonic plates. When you think of islands in the middle of the ocean you naturally think of tropical, palm tree covered islands, but the Azores are situated farther north and have a nice, mild climate with stunningly lush, green fauna.

The islands are an autonomous region of Portugal, so I got to give my elementary Portuguese a try for the first time in a Portuguese speaking country. After trying to chat with a few cab drivers and security guards, I decided that the local dialect was unintelligible, but I still think some people were able to understand my broken Portuguese with Spanish sprinkled in.

I had heard of the Azores before I knew that I would be going on this trip, but it never occurred to me as a destination that I would ever be able to actually go to.

I had done a little research and seen pictures, but arriving to the Azores exceeded my greatest expectations. The Azores are a little paradise of sorts.

Lava rock abruptly juts out of the ocean and rises thousands of feet to the peaks of volcano craters that are filled with extraordinarily blue lakes. The scenery was amazing to say the least.

Despite all of the enticing things to do and sites to see, I had come to the Azores to work a surf contest and not just any surf contest, the biggest junior surfing contest…ever, as far as I know. So while you look through these photos, you may imagine leisurely days exploring the island, but think of it more as intense bursts of photos when I got a chance to momentarily stop checking emails, making phone calls and writing press releases. Hope you enjoy.

Praia do Monte Verde, located on the north side of Sao Miguel Island. This is where the contest took place and where I spent the majority of my time in the Azores. Not a bad place to set up shop after all. 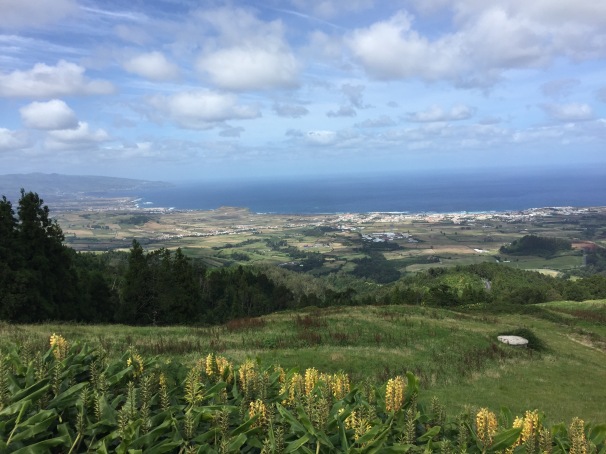 Since we were overcoming extreme jet lag the day we arrived and would not be able to do any work efficiently, we took advantage and did a little exploring of the island.

Rental cars made exploring easier. We headed up to Lagoa do Fogo, a lake located in a volcano crater.

Time for a photo op.

There was a little trail down to the lake where people were swimming, but we were doing a speed tour of the island and were deliriously jet lagged, so we didn’t go down. 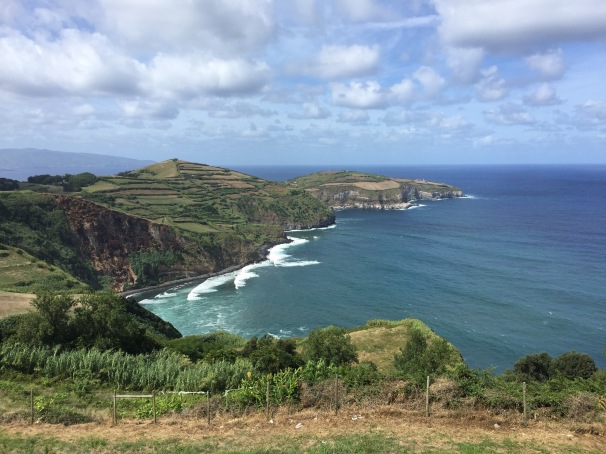 Some of the guys went down and surfed this left point on the last day. Apparently it gets good when a solid swell is on tap, but it’s a 30 minute walk from the road to get down there.

Lots of cool, old architecture on the island.

Managed to get a fun surf session in before the craziness of the contest began.

My favorite part of my job: Managing other people, AKA pulling them out of bed to get to work on time. I got pretty good at this with my brother growing up, so some things never change.

Opening Ceremony of the contest. 371 surfers from 39 nations. 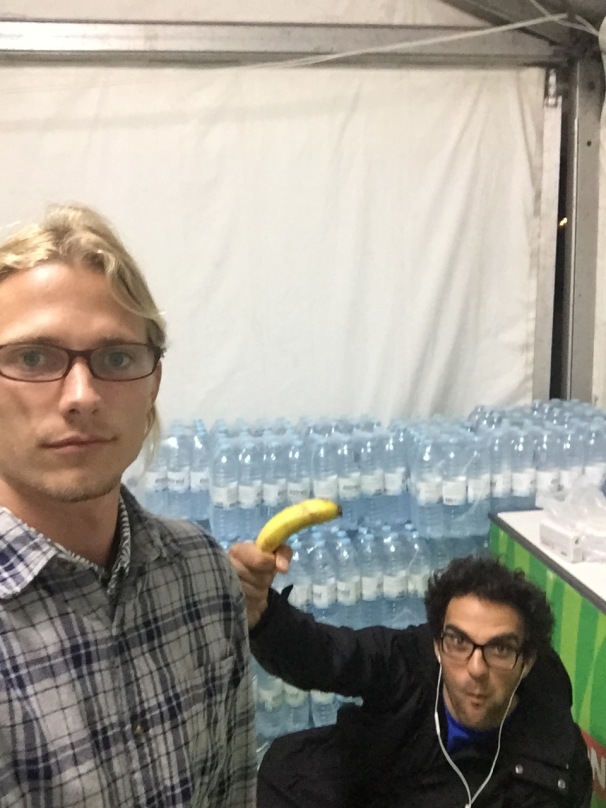 Fast forward to mid week of the contest. Starting to go crazy.

I got to watch this wave a lot, but I didn’t get to surf it.

Media team staying alive (sort of) towards the end of the contest.

I hadn’t been able to walk around the town we were staying in, Ponta Delgada, for nearly the whole duration of the event. Finally, one night I resisted the urge to go to sleep and went for a walk. I was pleasantly surprised by this quaint, coastal town. For a small town on a week night, there were lots of people out and about. It really feels like you could be somewhere in mainland Europe, yet you are in the middle of nowhere in the Atlantic. 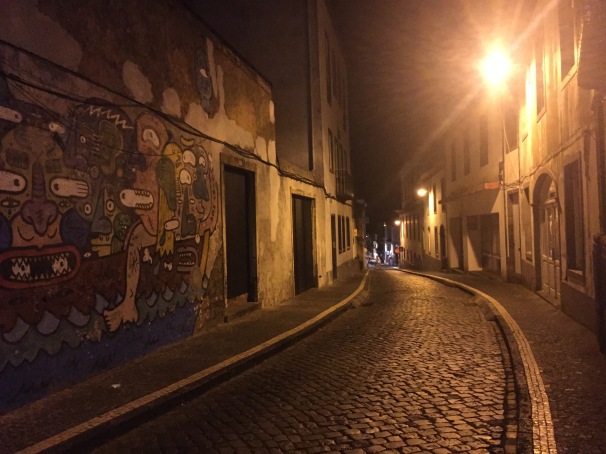 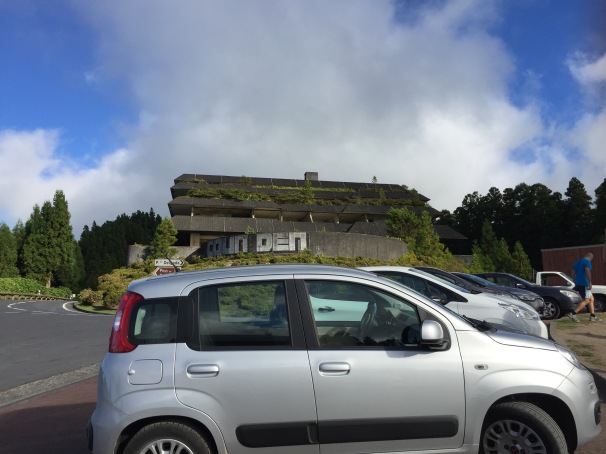 Abandoned hotel way up on this peak.

Taking in the view with Alex and Simon. I stepped on cow shit.

Capping off the trip we managed to get a 15 minute session in this hot spring before we had to return the rental car. The water is from the ocean, but hot water seeps out of the rocks. The closer to the rocks at the bottom of the photo, the hotter it gets. The closer to the ocean, the cooler it gets. I had never been in a hot spring that has waves and tide swings. Even with all of the people, it’s one of the coolest places I have ever been.

In conclusion, my trip to the Azores felt like an eternity with all of the work I had to do, yet at the same time it was too short and I saw too little of the island. But then again, I guess the other option would have been working in the office in San Diego and not seeing any of this, so it’s better than nothing. If anything, it’s given me a taste of the beauty of these islands and more than enough reasons to go back. Até mais Açores.

4 comments on “Where are the Azores?”