Unless you’ve been living in a cave, you’ve probably heard that the Women’s March swept across the world yesterday, demonstrating the world’s resistance to the progress and human rights that are at stake with Trump in the White House. Certainly more people came out to protest Trump’s presidency than the meager crowds that came out to celebrate it, which doesn’t come as a surprise given that he lost the popular vote by 3 million votes, but then again that’s probably just fake news from the media (joke).

I took to the streets in Los Angeles, where estimates of the marchers ranged from 200,000 to 750,000. Getting to downtown LA proved to be quite a task in itself as all metros were filled to capacity and trying to drive there was out of the question. I heard ubers were over $100. We ended up having to take a train in the opposite direction, which still was extremely crammed, to the end of the line and then retrace our steps back towards downtown.

Here’s my POV of the march in LA: 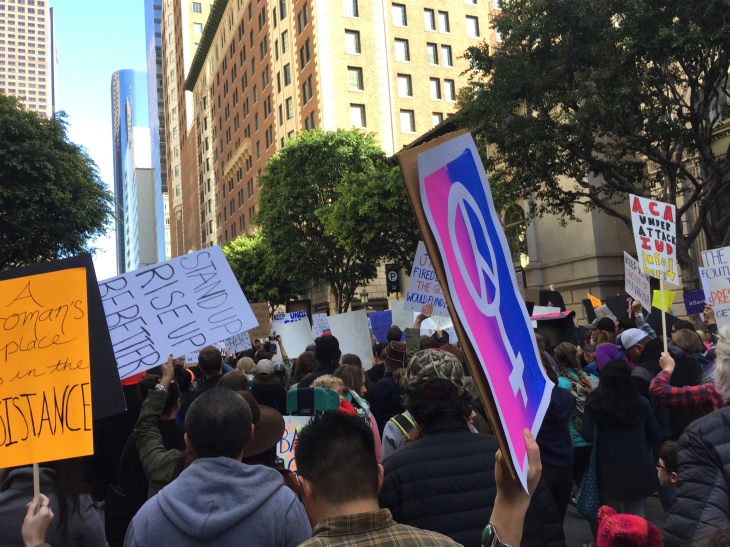 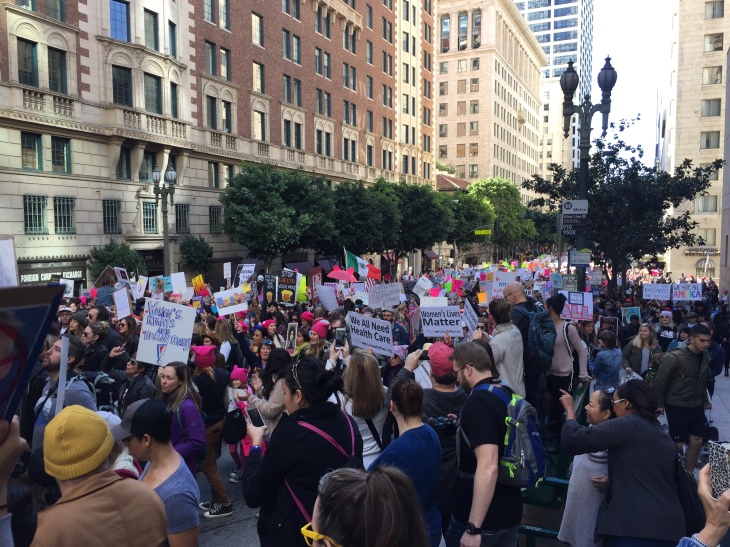 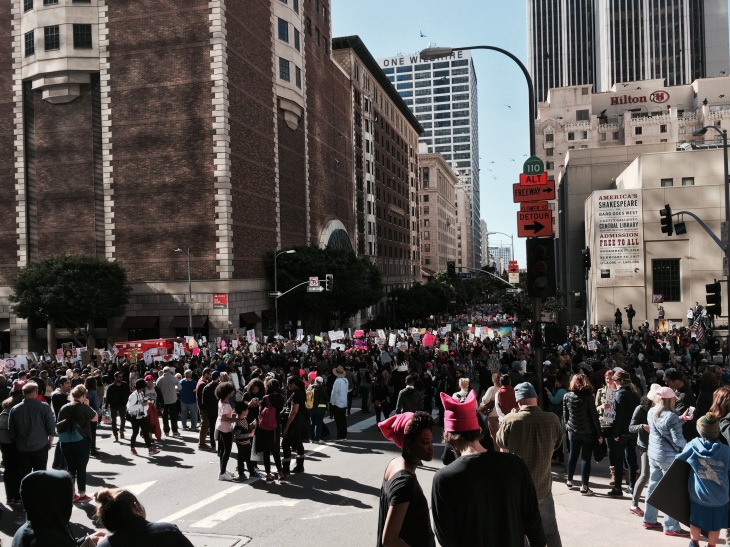 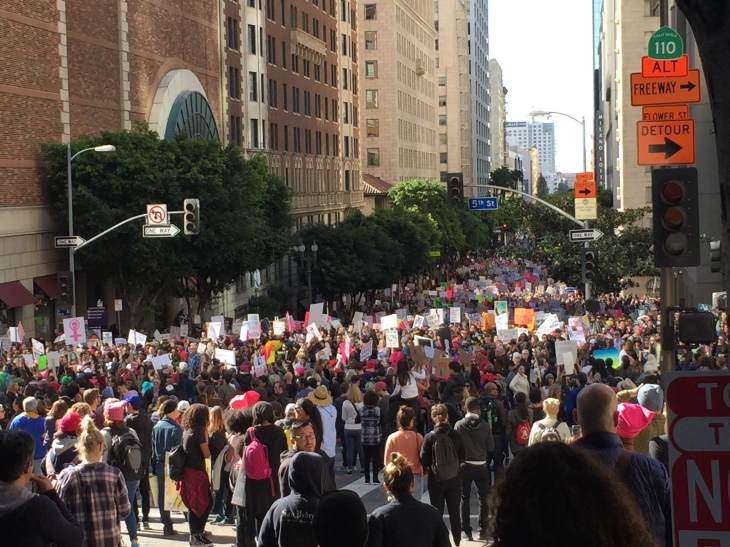 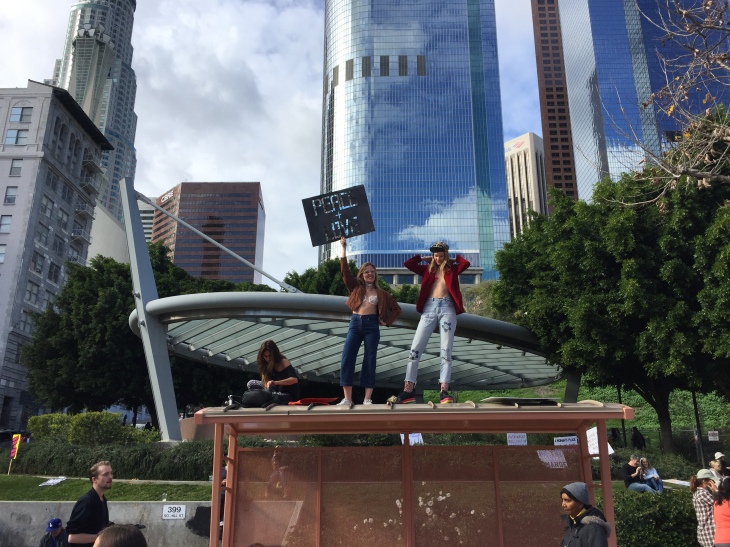 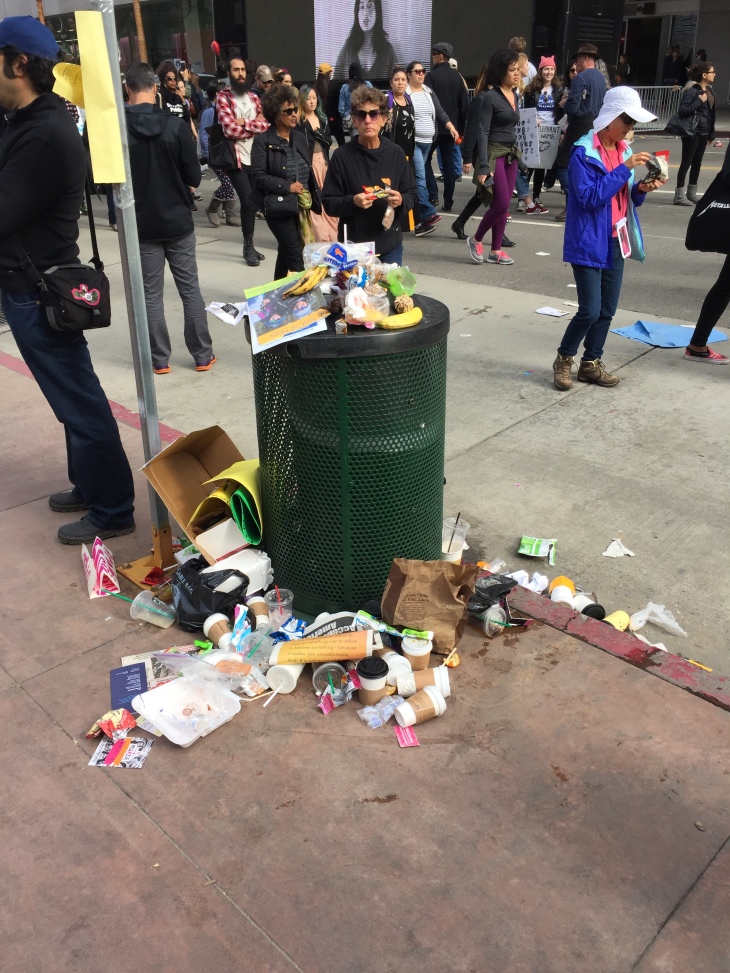 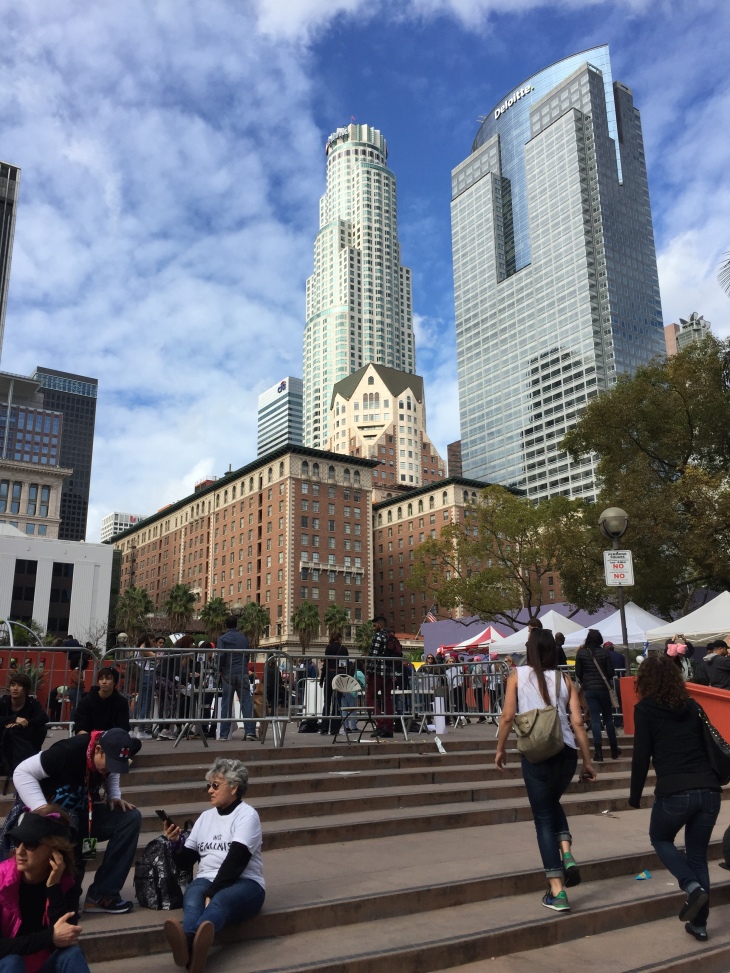 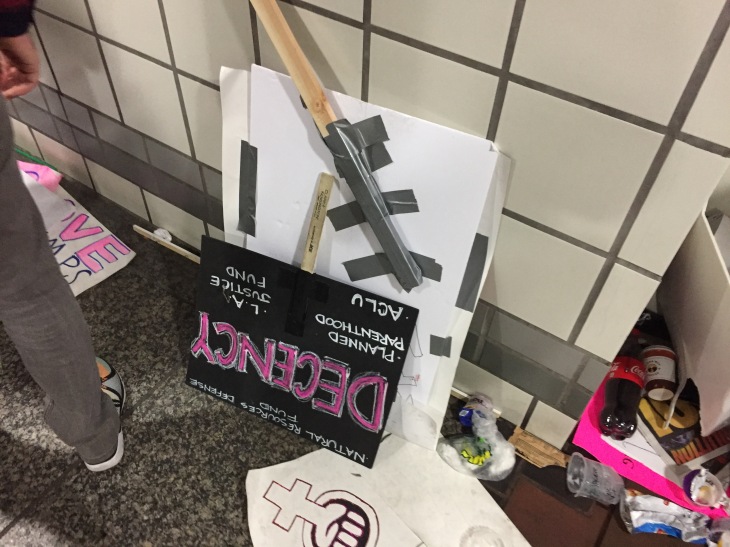