10 things I learned about Japan

Being in a new country is always a thrilling experience. Things that may seem quite normal to locals can be fascinating to an outsider. Learning how to interact with people, observing local customs, or picking up tidbits of a new language is what makes a new country a new country, after all.

Thanks to a work trip to Japan I was lucky enough to get that ‘being in a new country’ experience, which also doubled as my first time on the continent.

Now I only spent three weeks in the country, so I am not quite an expert on Japanese foreign policy, but here are some of the interesting (and possibly misinformed) quirks that I noticed during my first trip to the land of the rising sun.

1. People respect each other

It’s apparent in Japan that the whole culture is based on the respect that everyone has for one another. It comes through in the way people act and speak to one another.

The guy that checks your tickets on the train will bow to everyone in the car before moving onto the next, more pleases and thank yous are thrown around than you can shake a stick at, and they go above and beyond to make sure their guests are welcome. If you ask someone on the street for directions, they won’t just tell you the directions, but they often will accompany you to make sure you get where you are going. The list goes on and on. 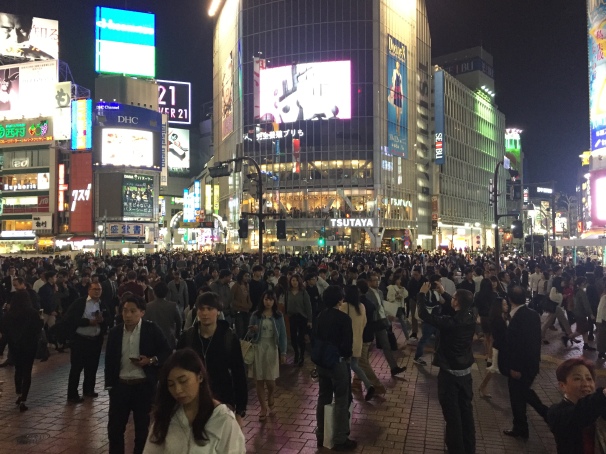 There are quite a few people living in Tokyo.

There is virtually no trash on the streets of Japan. And mindbogglingly, there are no trash cans. Something doesn’t add up. Where the hell does the trash go? Do Japanese people carry around personal trash incinerators or what?

Well, yes and no.

I asked a few people about this and if you make trash, you just hold onto it until you get home or find one of those rare trash cans. I got used to having trash in my backpack all day and when one of those holy grail trash cans (there are recycling cans as well) appeared, I would unload whatever I had.

In theory, the cities and parks look nicer when they are not lined with trash cans and you save some budget on city upkeep, I suppose, but I don’t think this approach would work anywhere else.

People in Japan (and other parts of Asia for that matter) wear masks when they are sick, which from the outside seems like a kind gesture to avoid spreading your illness to others. However, as I was curious about this custom, I asked a few Japanese people about it and discovered that yes, people wear them when they are sick, but they also use them to cover their faces when they don’t want to be seen. Not liking how your makeup looks today? There’s a mask for that. Being able to completely hide your face when you aren’t ok with your appearance is probably not helping teenage girls’ self-esteem. 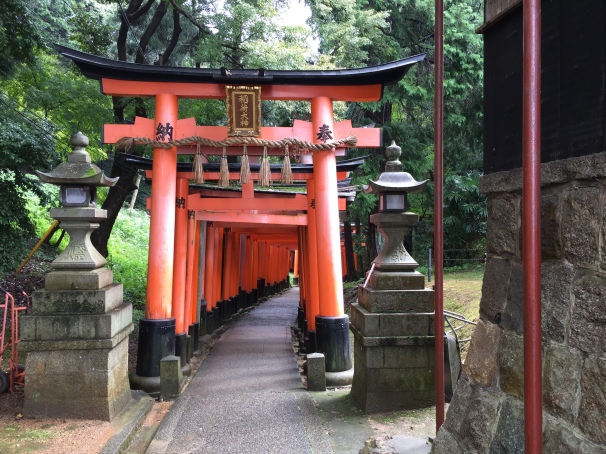 Europeans often consider Americans as “cold” for only greeting with a handshake or a hug. Japanese people take this a step further and really refrain from contact with others. Of course, a business setting has its own protocol, including a handshake and/or a bow, but in a friendly setting Japanese people go with a wave from a safe distance. I found this interesting that touching is really only saved for the most intimate people in your life.

It feels a little funny just waving goodbye to people of a similar friend level that would merit a hug in the US. You get used to it.

What thieves? I am sure they are out there somewhere, but from what I am told and what I observed, theft is pretty rare. Everyone is walking around in crowded train stations or downtown boulevards with their iPhones stuck out in front of them screaming STEAL ME. In most other countries thieves would have a field day with people like this, but I guess it’s not something you need to worry about in Japan.

I also noticed many people simply leave their bikes or surfboards out in front of their houses. As a four-time victim of bike theft when my bike was locked, this definitely grabbed my attention. It appears that the Japanese just have a lot of trust that people will do the right thing.

6. We NEED bullet trains in California

Enough said. They are a little pricey, but damn they are worth it. Cruising between major cities at 200mph with minimal stops and no customs/airport security is quite a convenient way to get around. I have spent more time on local public transport getting home in San Diego than it took me to travel the 300 miles between Tokyo and Kyoto on a bullet train! (Slight exaggeration but you get the point.)

Going back to the respect for one another, Japanese are the best line formers I have ever seen. They don’t cut. Whereas in most countries squeezing onto a packed metro is survival of the fittest, in Japan they form two neat lines on either side of each door, wait for everyone to exit the train and then board the subway in an orderly fashion. Escalators look like a military drill, with all the standers lining up on the left and all the walkers passing on the right. It’s beautiful when things work so well like they do in Japan.

Being (relatively) tall is great for crowded subways. I reach up into the nice canopy of breathable air.

Any ‘Inari’ shrine, which is about one-third of the gazillion shrines in the country, will have foxes. The foxes are considered magical and divine in these shrines, worshipped for good rice harvests (I read that this stems from eating the mice that eat grains). I don’t think I am the right person to elaborate too much more on religion in Japan (remember, I was only there three weeks), but Wikipedia will more than gladly do the job.

Foxes line the entrance to the Fushimi Inari Shrine in Kyoto. 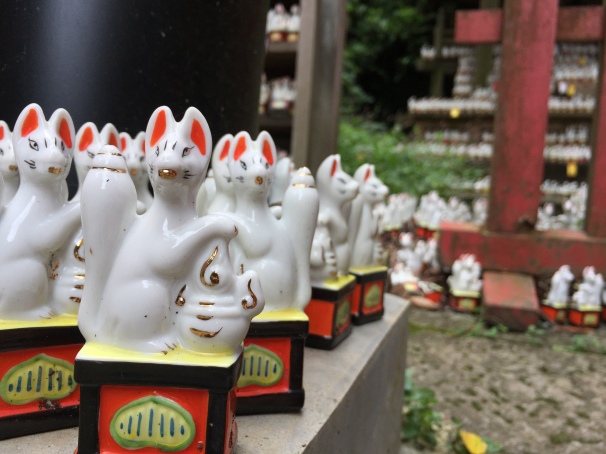 Foxes on foxes at the Sasuke Inari Shrine in Kamakura.

Whatever your job is, and even if you are not in Japan for business, bring a stack of business cards. I was told this a million times in business school, but it’s interesting to see it in person. I went to Japan on a business trip, so nearly every person I met gave me their card. The process for exchanging cards is very formal: two hands, bow, and really give the card a good look like it is really important to you. Basically, pretend that your business counterpart just handed you a brick of gold, you probably wouldn’t nonchalantly toss that into your backpack. You would cherish it.

To Americans, coins are something that you hoard in an empty Gatorade bottle in that one drawer in your house that you rummage through occasionally when you need to go to the laundromat or pay a meter. In Japanese Yen, coins have relatively high value, so you got to get used to having a handful of those things in your pocket. Wear a belt and embrace it.

Well, hope that I gave those of you that have not been to Japan a little insight into some top-line Japanese culture. I certainly need to go back because I only hit the tip of the iceberg of what Japan has to offer.

(Thanks, see you soon, Japan).