I’ve been to Mexico probably upwards of twenty times, with trips ranging anywhere from week-long surf missions on the Pacific coast to afternoon tacos in Tijuana. I’ve even done a decent amount of traveling in Mexico’s wave-deprived interior, but for some reason, I had never made it to the oh-so-popular Caribbean destination of Cancun. I shouldn’t say ‘for some reason’ — it’s probably due to the lack of waves and massive crowds, but this year my family decided that the time was right to give Mexico’s Caribbean coast a shot.

After a hectic tail end of the year with work events, in record fashion I was able to get two full, consecutive weeks off work (my longest vacation in years) to explore both of Mexico’s coasts, with a week in the Caribbean and a week in the Pacific.

So after a Friday at work I packed my bags, took an uber to the border, and commenced the trip with a red eye from Tijuana to Cancun (got to love those national flight prices) to explore the stretch of Caribbean coast coined as the ‘Riviera Maya’. 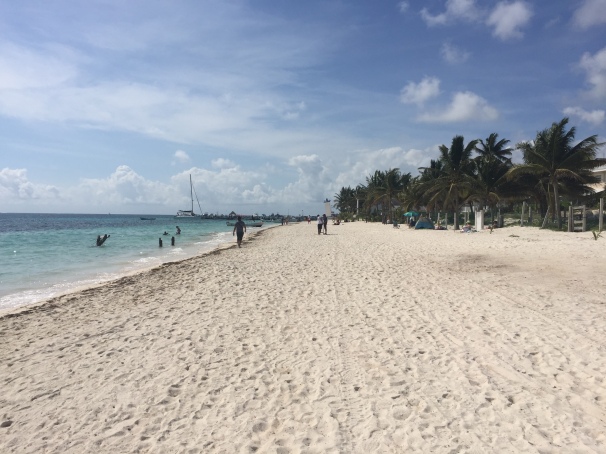 Day 1: Getting settled in and walking the white sand beaches of Puerto Morelos, just south of Cancun. 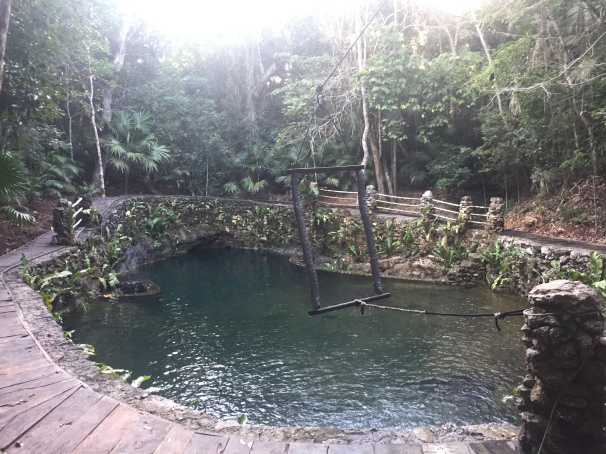 The Yucatan peninsula has a massive network of underground, freshwater caves (over 6,000 to be exact) that are called cenotes. This particular cenote, Boca del Puma, is a little less natural than most of the others, but it still was a nice, refreshing escape from the heat of the tropics. 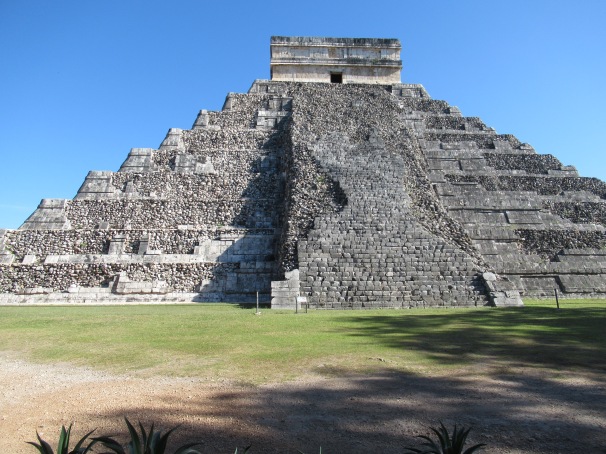 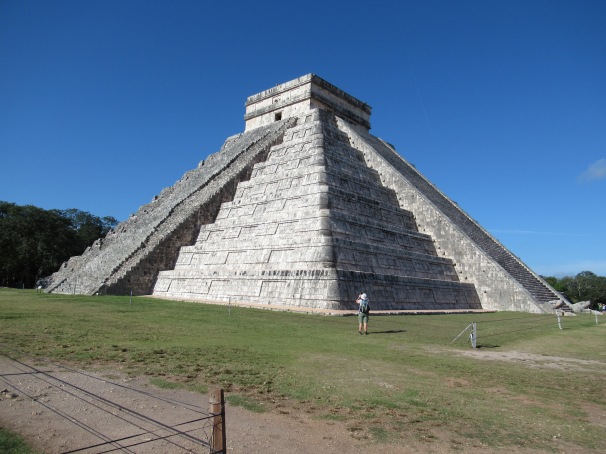 Chichen Itza had been overtaken by the jungle, hardly recognizable as what you see here. It wasn’t until the early 1900’s that the jungle was cleared so you can visit the site. 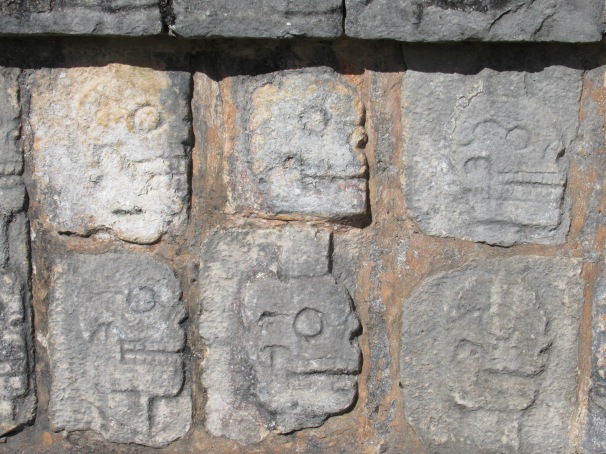 The detailed carvings in the rocks are impressive. 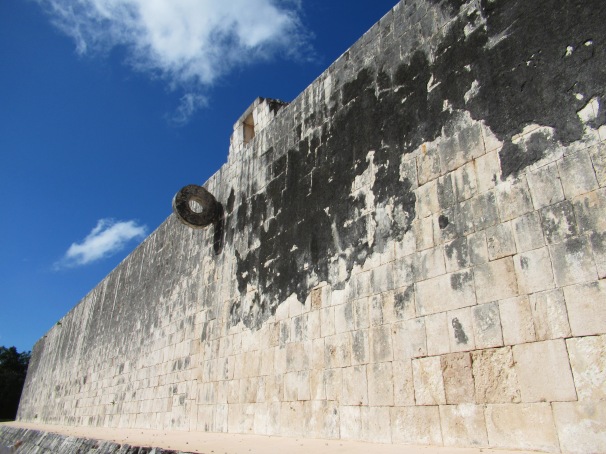 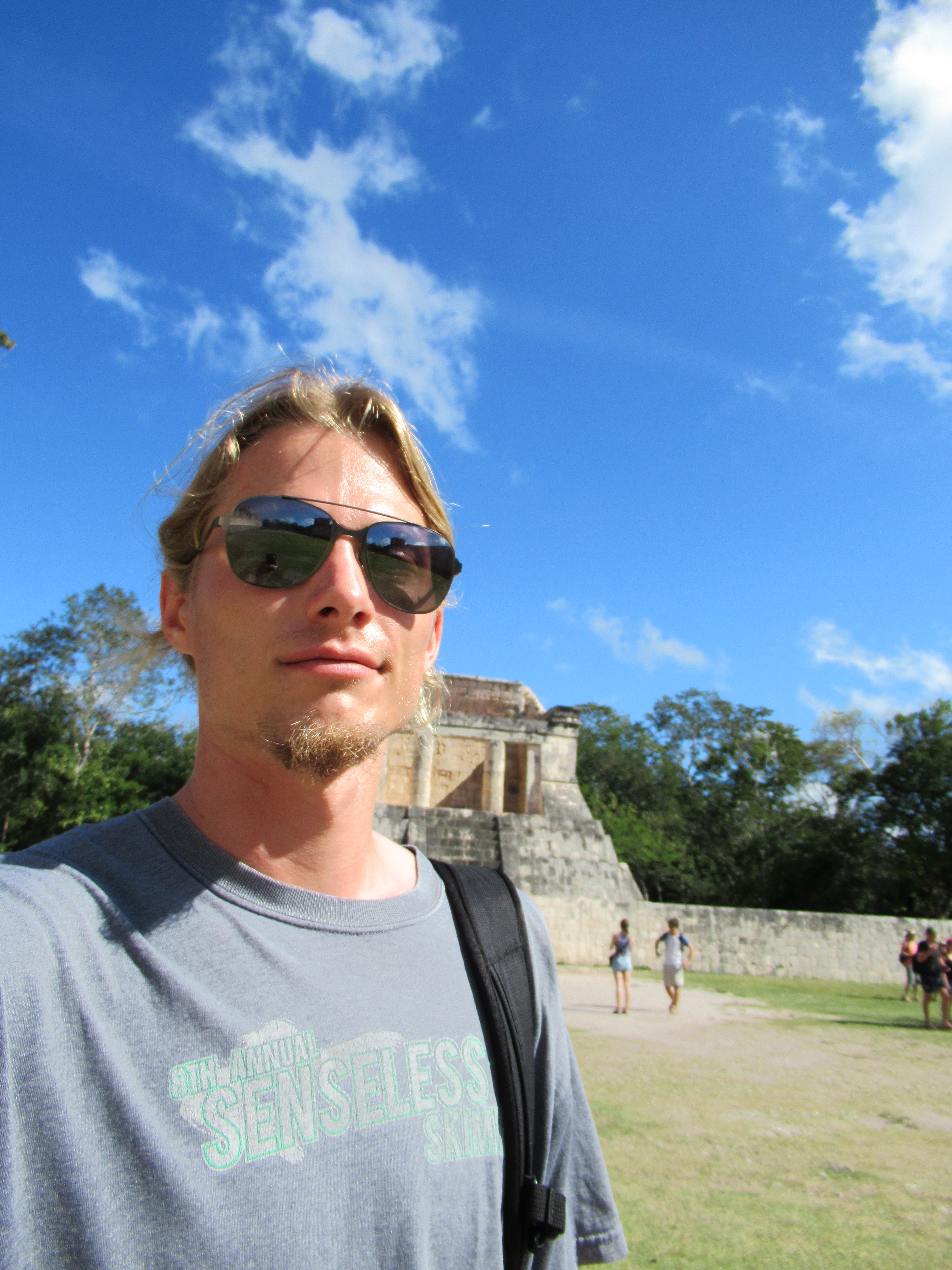 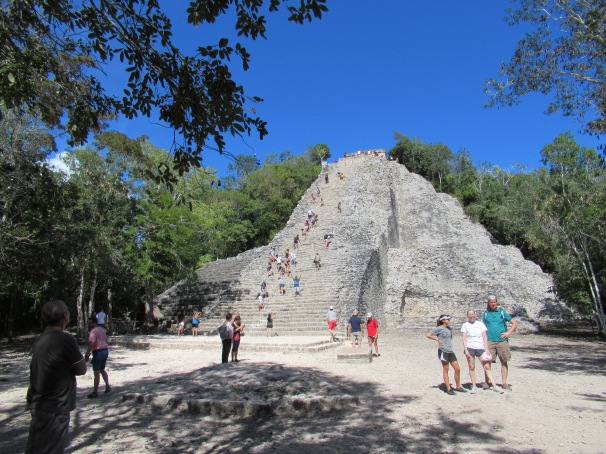 On the way back to the coast we made a pitstop at another one of the important Mayan cities, Coba. For some reason they let tourists climb on this pyramid, which has resulted in the rocks becoming extremely smooth. 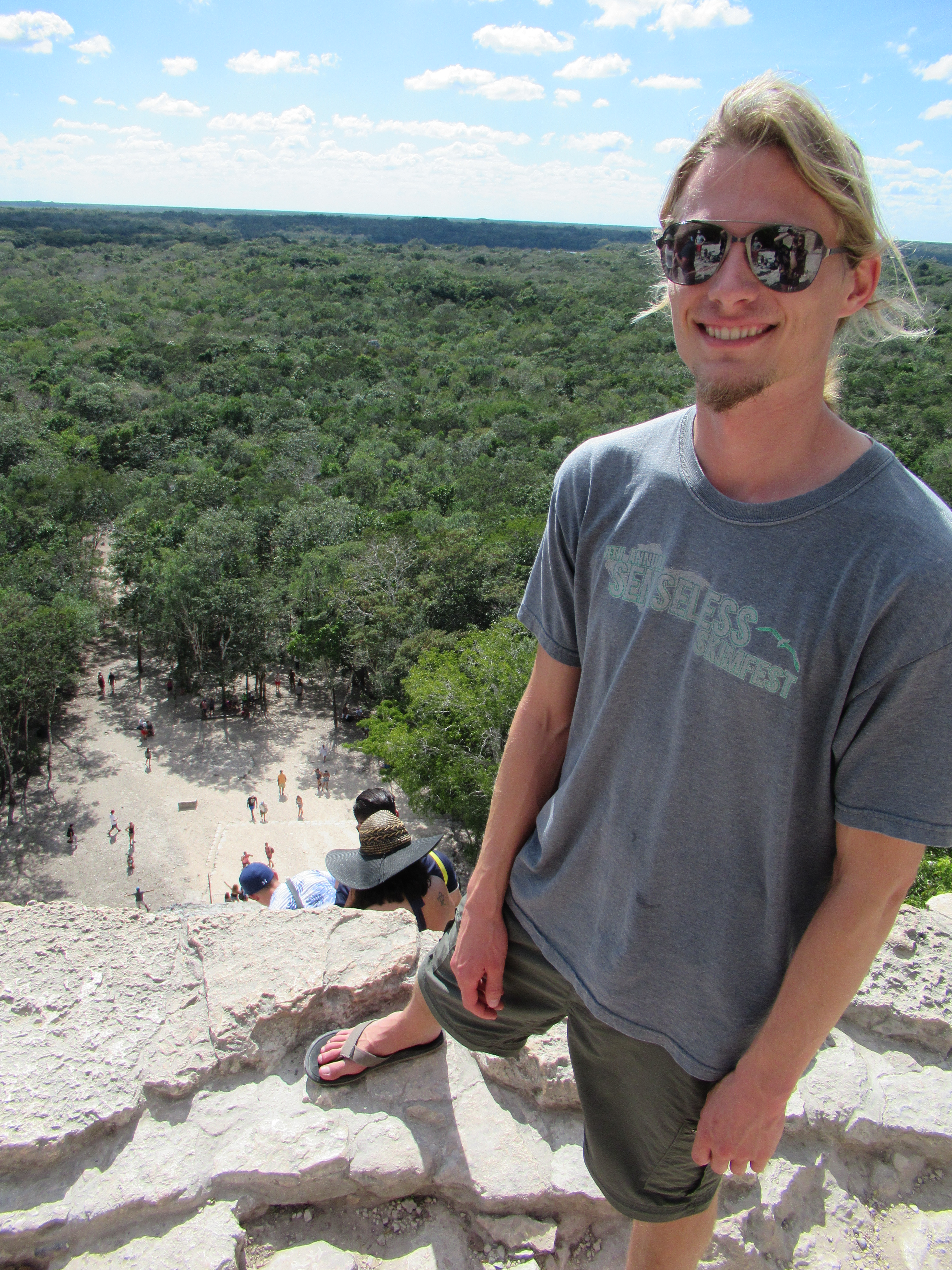 The Yucatan peninsula is almost completely featureless, no mountains and only a few hills. On top of this pyramid, you can see as far as the visibility will permit. 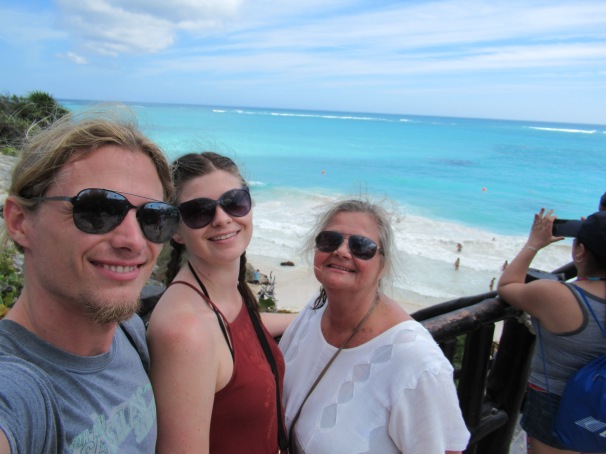 Checking out the ruins of Tulum. Perhaps the most touristy spot we experienced on the Riviera Maya. 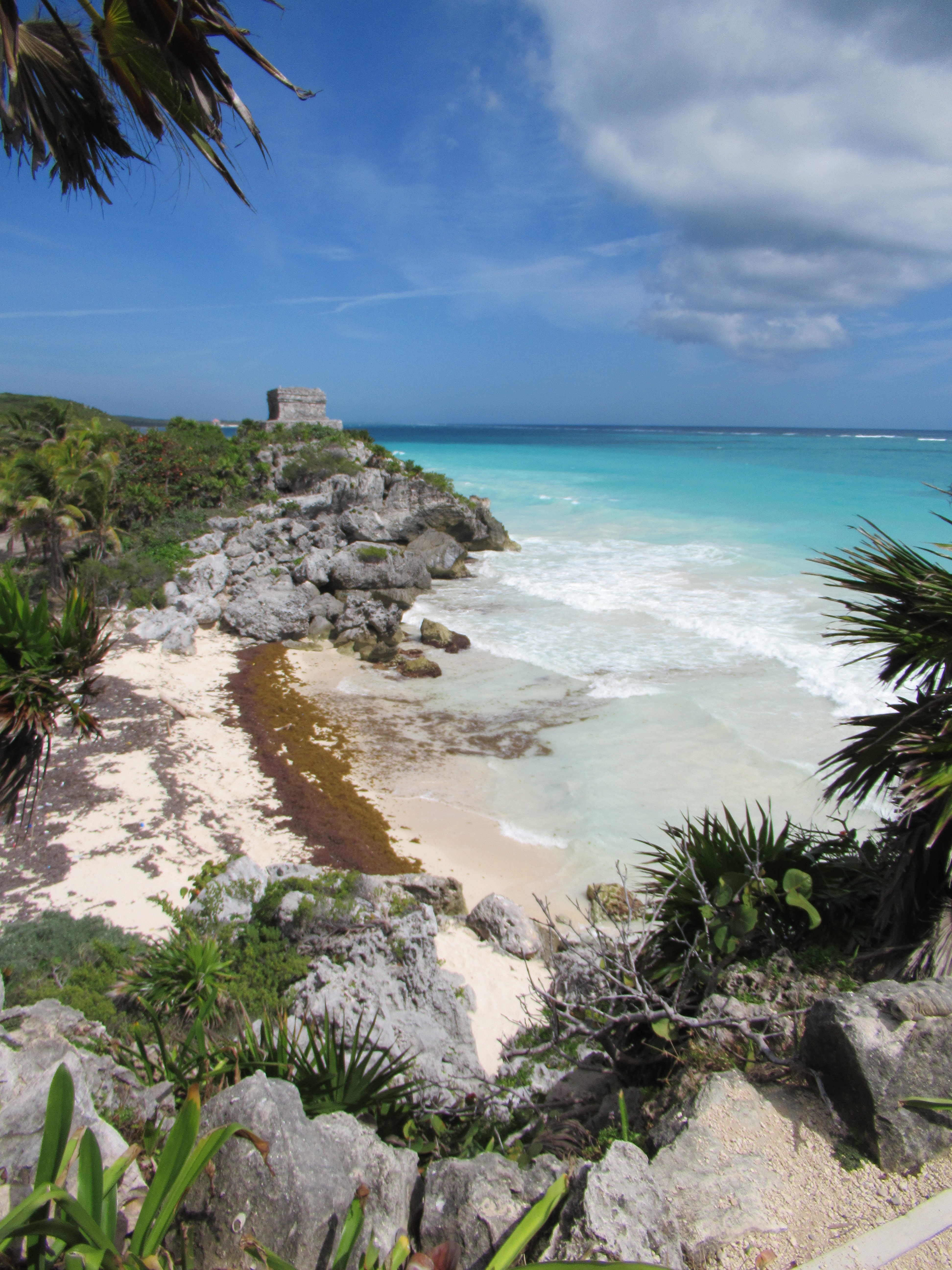 Somehow managed to get a photo with no one in it. Looks can be deceiving. 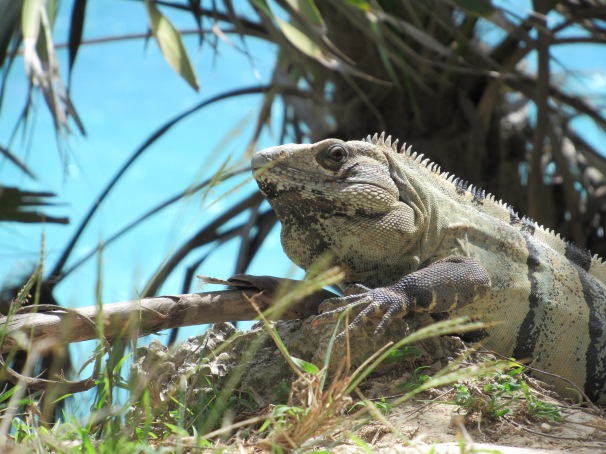 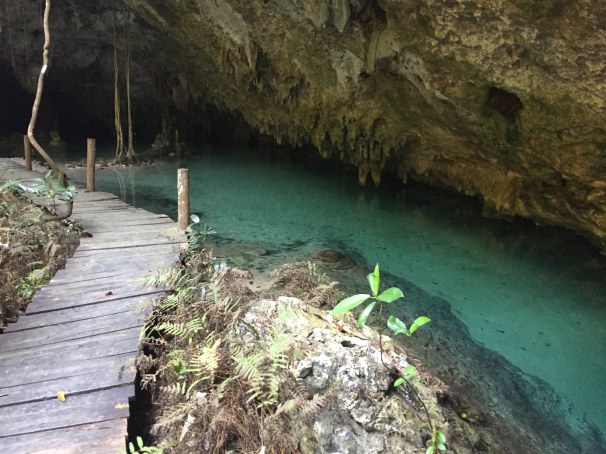 Going for a swim in another cenote, Sac Aktun.

During our week on the Riviera Maya we never actually entered the city of Cancun, and based on what I observed in the “mellow” areas of that coast, I think I am just fine with that.

After being immersed in the mobs of tourists around Cancun, we were ready to pack our bags and hop on a plane to begin the second leg of our trip, a return to the sleepy, coastal town of Melaque, Jalisco.

Melaque has become a favorite destination for me and my family over the past couple years for our annual escapes from the (relative) cold of the Californian winter. While Melaque is home to quite a few Canadians escaping their real winter up north, for the most part, it has been spared from the over-development and touristification that you see in other coastal areas in Mexico, such as Cabo or Puerto Vallarta.

Melaque gives me that “home away from home” feeling, as I have made some good friends there over the years and have got to know it’s cozy, dirt roads like the back of my hand.

In the last decade or so Melaque has become a well-known destination in the skimboarding world, which is how I ever heard about this little town in the first place. In the area you can find some world-class skimboarding conditions, which as a result has developed some very talented local skimboarders.

If you haven’t heard of skimboarding before, you will soon become well-acquainted with the sport after a few days in Melaque. When the wind dies in the afternoon and the school bells ring, the beach fills with local kids coming to skim.

The other notable dynamic of Melaque, as I mentioned before, is the proportion of Canadians that live there or are visiting long term. You can’t miss them. You’ll see them riding their bikes around, lounging at the pools of their hotels, or getting margaritas at the closest bar.

Seeing these old, gringo couples retired on the beach gave me a glimpse into my possible future, and I couldn’t decide if that was a good thing or a bad thing. That life seems pretty relaxing, but maybe a little too slow for my liking. Hey, whatever makes you happy.

Anyway, our week in Melaque consisted of enough skimboarding to make my legs nearly fall off, lots of reading on the beach, and many-a-tacos consumed at the town square in the evenings, a perfect trip if you ask me. 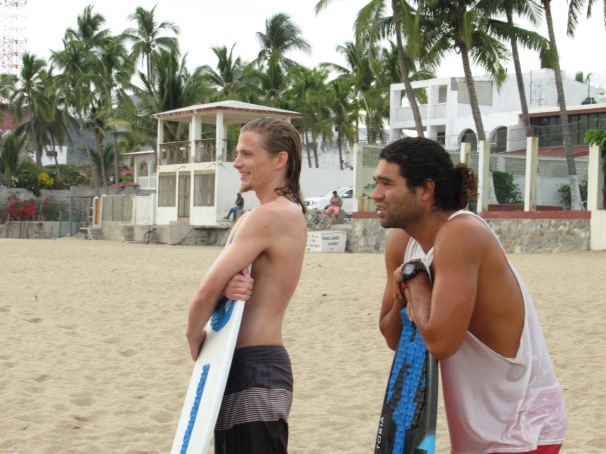 Testing out my new skimboard on my first day in Melaque with Chuy, a good friend that I first met back in Cabo in 2012. 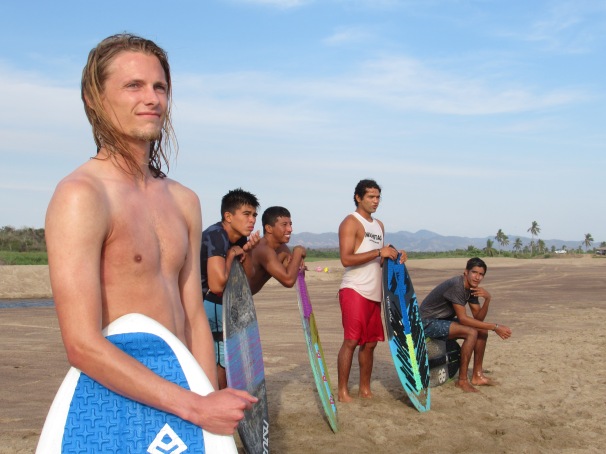 Heading up north to a world-renowned skim spot, Boca del Muerto, with the crew from Melaque. 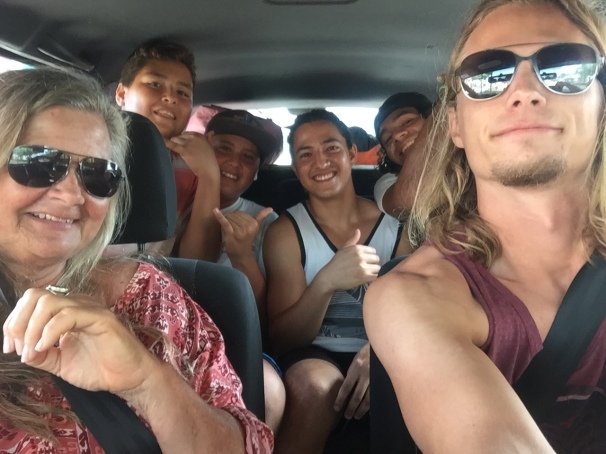 If you invite one person to go skimming, you just invited the entire barrio. The more the merrier. 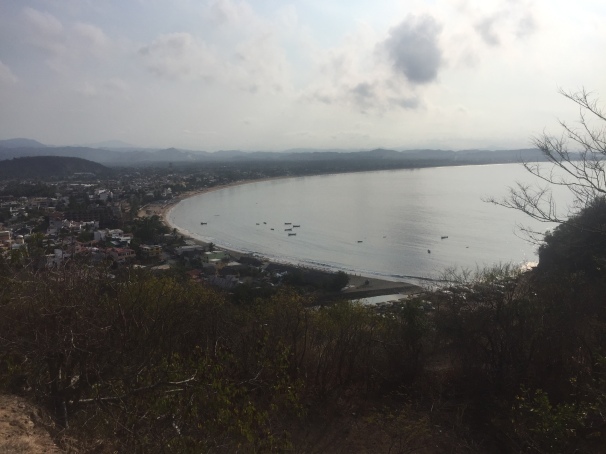 Melaque sits at the north end of this crescent bay, with its sister village, Barra de Navidad, at the south end. 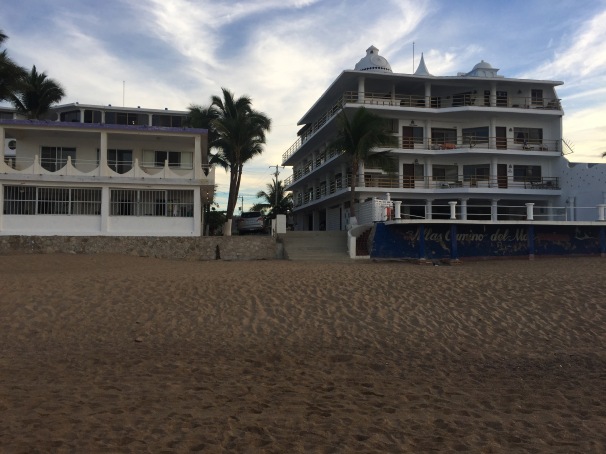 Our hotel on the right. Quite convenient for checking the swell in the morning. 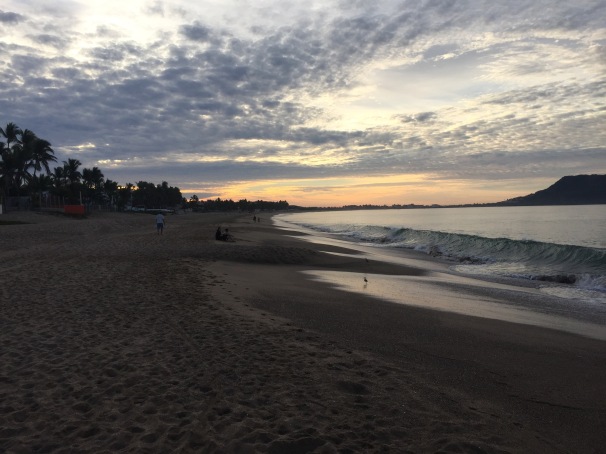 Melaque never fails with the amazing sunrises and sunsets. 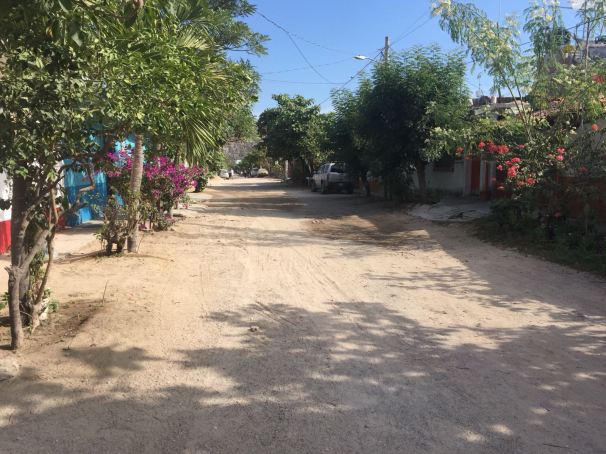 After the heavy tourist atmosphere on the Riviera Maya, strolling down a quiet little street in Melaque finally made me feel like I was in Mexico. 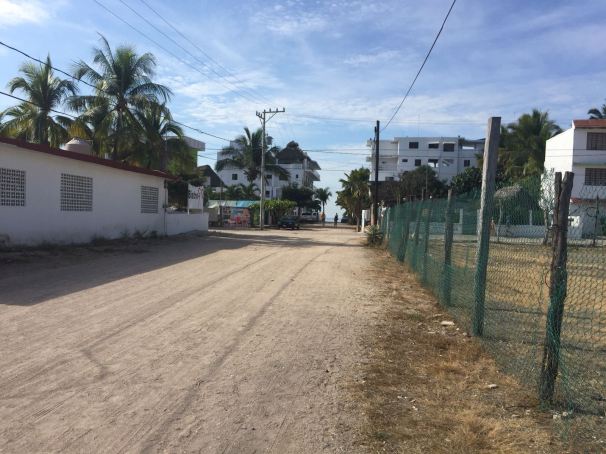 Our hotel again at the end of the street on the left. 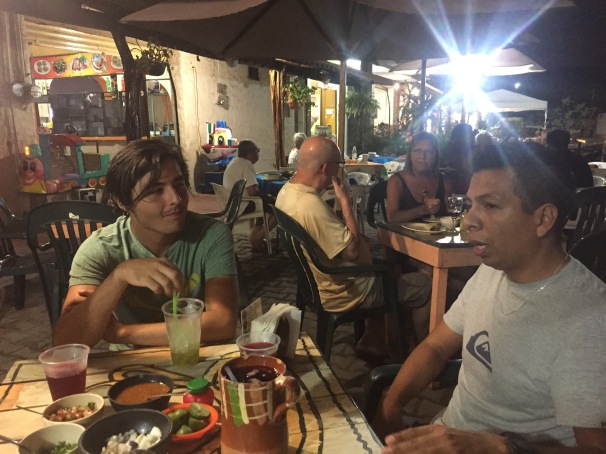 Tacos and jamaica (the purple drink) with some old friends from Vallarta, Luis and Eleazar. 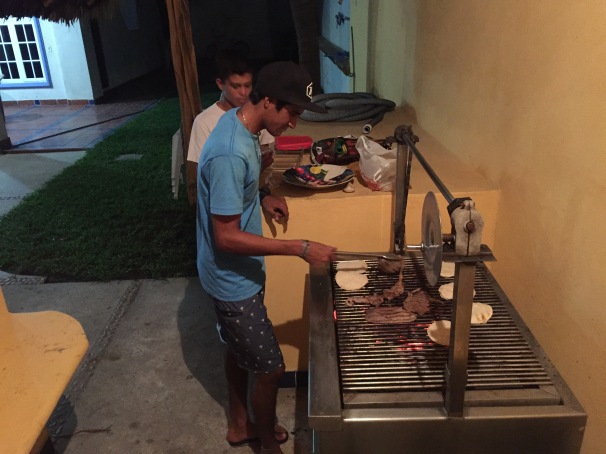 After two weeks in Mexico where I received enough solar power to hold me off for the short winter in San Diego, I was ready to head home and get back into the swing of things. It was great to catch up with old friends, get to know new corners of Mexico, and read more books than emails.

I think I can say with some certainty that this was not my last winter trip to Mexico, or to Melaque for that matter, so instead of an adios it’s an hasta luego until the next trip to Mexico beckons.

9 comments on “Mexico coast to coast”